10 Questions to Test Your Internet Skills

How good are you at Google? Are you acquainted with popular tools other than the basic search? Here are ten simple tests to evaluate how much of the internet have you seen.

These questions were given to me in competition as part of Qbit, a technical fest at my college. You can use anything online to find the answers.

How much of the internet have you seen? 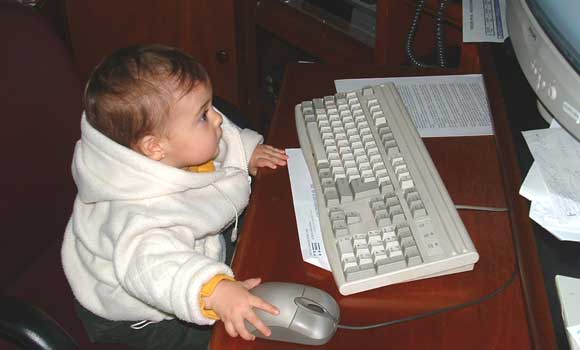 Q: On the desktop, create the following:
a. Three folders with the same name xyz
b. A folder with no name.

Use the Keypad on the right, it did not work when I tried with the other set of numbers. Or Use the On-Screen Keyboard (Run > osk).

a. Create a folder with the name ‘xyz’. For the second folder use xyz and add the ALT + 0160. Now an invisible character will be added but the name will still appear as xyz.

The third time, name xyz and add the invisible character twice. Now you have three folders with the same name!

Q: Suppose you want to find out the number of hits to a site say ‘www.qbit09.com’ and from where these hits are coming from. Also the web browser they used for viewing the site. Generate the necessary code that is to be included in the source code for that purpose.

Q: Generate the following image on your web browser 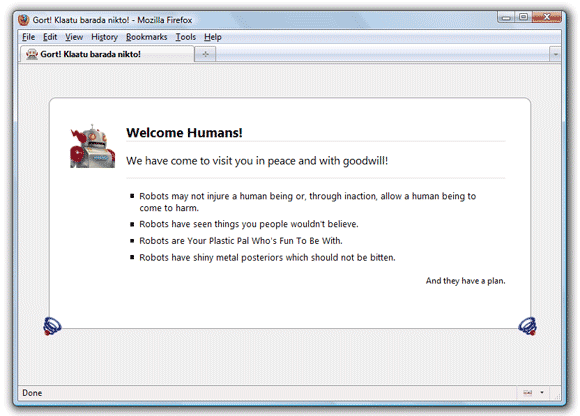 S: This is a Firefox Easter egg. Type in ‘about:robots’ without quotes to the address bar and see what happens. There will be a ‘Try Again’ button towards the left corner of the message. Press it and it will read ‘Please do not press this button again’. Press it again and the button will disappear.

Try ‘about:mozilla’ now. That’s another one.

Q: Obtain the number of times the name of the sports person ‘Tigerwoods’ has been searched in the net over the last month (last 30 days) with graphical details.

S: There are many tools that gives detailed reports, but not many shows graphical details. Google Trends shows a graph, but then ‘Tigerwoods’ is not a very popular term, Trends didn’t have enough data.

Bing’s xRank is the solution.

Q: Find the results for what Barrack Obama said about the issue ‘Recession in USA’ and what did John McCain say counter to that.

S: Google In Quotes, a Google Labs product finds quotes from stories in Google News. It can be used to compare what two people said over the same issue.

Q: Obtain statistical information about the sale of ‘umbrella’ in Hong-Kong during the year 2008.

S: Google Trends is of use here: 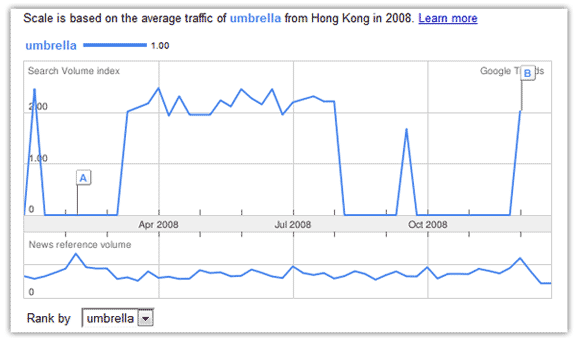 S: First use Google Translator (Detect Language > English) to decipher it out. It means “Delete the folder named ‘delete’ on desktop”

The same applies to:

Here is the how to create and delete folders with these names.

S: I have seen my dad using moneycontrol.com to keep track of stock prices of the Indian market. But soon I found that Money Control did not have the history of prices.

Q: Display the search queries for which Google has displayed the blog ‘edugurijis.blogspot.com’. Download the table containing the percentage of impressions for those search queries.

S: The solution lies with Google Webmasters Tools. The username and password for the specified blog was given upon request. Webmasters Tools shows the Top Search Queries and a table can be downloaded easily.

Q: Download a software to load the new Orkut scraps on your desktop.

S: I googled and found a post on Mashable that reads “20+ Orkut Apps“. Wow! I had 20 to choose from, I selected Orkut Cute, a desktop client for Orkut.

The judges had some other application in mind and I had trouble downloading there. Finally I had to convince them by telling them how big a brand Mashable is.

During the course of the event, I used Twitter Search, Digg Search and Su.pr. I missed my browser bookmarks, I have some really cool search tools bookmarked. If you have any alternate tools for any of the above tasks, please advice, thanks.

I had teamed up with Sreejith and we rolled out as winners. YAY