9 Popular Gadgets That Are Revolutionary

The world is full of gadgets and gizmos. Everywhere you look, you are going to see some kind of gadget that has had some kind of technological impact on the world. 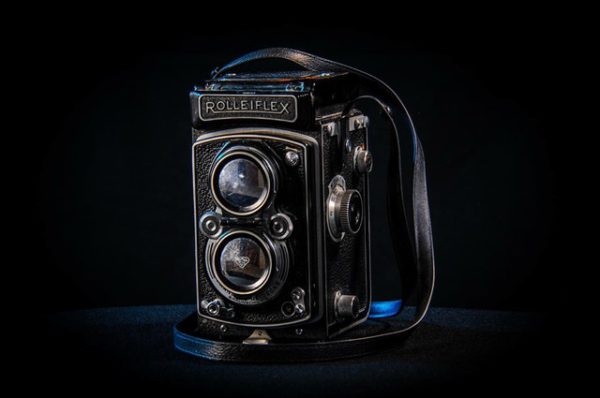 No matter what you think about these technological innovations, there’s no questioning that they’ve had a huge impact on our world and how we live in it. They have made our lives easier and changed how we go about our daily lives.

Think about it – a decade or two ago, we would never have woken up, rolled over, and picked up our smartphone to start scrolling through our social media feeds. Keep reading down below to learn more about the top nine popular gadgets that have been revolutionary in changing the world as we know it.

The Point and Shoot Camera

You could just pull out your point and shoot and snap that photo you wanted. You would no longer have to wish that you had something to take this photo or carry around this huge camera with you. And their application is not only limited to photography, they have advanced great deal in other sectors as well!

Of course, the radio completely changed the course of last century. Even though many people have already moved on from the radio today, there is no denying that the radio was one of the most revolutionary inventions of the past century.

The radio allowed people to communicate over vast distances, which used to be impossible. Someone in the United States could hear a broadcast of a Russian news show or someone in Germany could tune into a show from India. The radio connected the world like never before.

Another huge innovation that is still super popular today is the TV. Of course, one of our favorite ways of watching shows and movies is slowly giving way to Netflix on our laptops, but the TV completely changed entertainment.

All of a sudden, when the TV was invented, the entire world came into every household. You could tune into a channel and watch a show that was filmed halfway across the world and was being broadcast to you from somewhere super far away. Entertainment would never be the same once TV came into the picture.

One of the most popular and most revolutionary advancements in the past decades was the development of the Personal Computer, or the PC. Combined with the rise of the Internet, the PC made it possible for anyone, anywhere to gain access to world news, search engines, Wikipedia articles, and so much more. With access to a PC, you literally have the world at your fingertips. However, today the PC is giving way to laptops, smartphones, and tablets.

Speaking of smartphones, this is no doubt the most disruptive and revolutionary development of the past decades. Smartphones came about and completely changed the way how we connect and interact with the world. When you have a smartphone in your pocket, you are connected with the world 100% of the time. You can text all of your friends or message them through various messaging platforms. You can check your social media platforms to see how everyone is doing. You can play games on your smartphone when you’re bored and waiting at the dentist’s office. You can even search online to see what’s happening in the world.

The smartphone has connected us altogether like no other innovation has. Not just that, they have created excellent fashion statements with the cool covers and cases which are available today.

Another really popular innovation that’s come about in the recent decade is the e-reader. No one wants to go to the library anymore to pick up actual books. Isn’t it so much easier to order your books online and read them right from your e-reader? That’s why the e-reader has become as popular as it has been today. You just need to click “order” on that new book you’ve been wanting to read and it’s automatically in your virtual library. There’s no telling where the future of the e-reader is going, but this technology is not going anywhere.

In recent years, the drone has become the piece of technology that every single person wants. A drone allows you to fly high in the sky, take amazing photographs, or even get your parcels delivered right to your door. Drones have completely revolutionized so many industries already – from farming to wedding photography to parcel delivery. No one knows where the future of drones is going to take us, but it’s definitely going to be part of our future.

Of course, this article wouldn’t be complete without talking about the humble printer. You might not think about the printer as a revolutionary innovation, but it definitely is. When the modern printer was invented, you could all of a sudden print out whatever you wanted, as long as you had the ink and paper to do it. That’s so innovative! Nowadays, we even have 3D printing, which is taking the world by storm.

And lastly, we have got to speak about the Internet. The Internet completely revolutionized the world and how we operate today. All of a sudden, if you have access to a data or a Wi-Fi connection, then you can access whatever you want on the Internet.

There you have it! These are the most popular gadgets and technologies that have taken the world by storm and changed our lives for the better. Make sure to keep these in mind the next you’re using some of these gadgets and don’t take them for granted.