Home › Guest Posts › Can you replace all your phones with VOIP?

Can you replace all your phones with VOIP?

With mobile plan and landline rates higher than ever, savvy consumers are looking for ways to stay in touch for less. One alternative that has become more viable than ever thanks to modern technology is VoIP, or Voice over Internet Protocol.

VoIP uses your existing Internet connection to deliver calls across the network as voice data, and VoIP with iiNet is not only much less expensive than popular voice calling alternatives, it offers a number of premium features like area code customization and multiple device notifications. 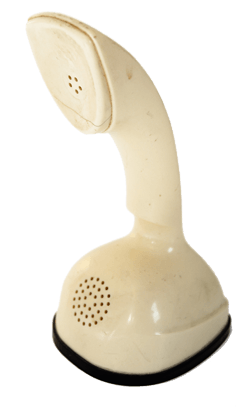 Landline phones are an ideal target for replacement with a quality VoIP solution, allowing users to use the same handsets with the addition of a VoIP adaptor. Many customers even retain their original phone number.

VoIP accounts can be associated with multiple Internet-capable devices such as smartphones, laptops and tablets so you’ll receive call notifications regardless of what device you’re using at the time.

VoIP also allows users to take their main handset and voice calling connection with them anywhere there is a WiFi connection and a phone jack for unrivaled mobility.

VoIP offers some advantages over mobile phone plans as well, including the device and connection mobility that make it a superior alternative to landline phones. VoIP has significantly better call quality and stability than mobile phone calling when used over a quality broadband network, and VoIP plans are typically a fraction of the price of a mobile voice calling plan from a major provider.

Many mobile plan providers encourage their customers to purchase expensive voice plans in addition to the valuable data plans that power their favorite apps and Internet utilities to increase their own profit margins, but VoIP works using an Internet connection, making such a voice plan supplemental or unnecessary. Data plans can often be purchased a la carte for much less than a bundled cell phone plan, and the addition of a VoIP plan makes a data plan purchase into a complete communications solution.

VoIP delivers an entirely viable alternative to conventional voice calling services, and does so at an incredible value. The advantages offered by a VoIP voice calling plan with a high-speed broadband or quality mobile connection mean that it is not only possible to replace all your phones with VoIP, it may be an extremely sapient decision.