Ringless voicemail is a technology that leaves a voice mail to a consumer without making a phone call. It uses server-to-server communication and completely bypasses the wireless cellular network. Instead, the technology makes a call to a business-class number of the voicemail service using a business landline.

The message lands on the server of the recipient’s voicemail provider and then gets placed on the customer’s spot on the server. Next, the consumer gets an alert about a voice message. All of this happens without a single phone call to the consumer. Because of this, there are no phone charges and no charges for the delivery or access to the voicemail.

Ringless voicemail is a great solution for businesses because it allows the delivery of marketing messages without bombarding consumers with annoying phone calls. With ringless voicemail, consumers check their messages at their convenience and do not have to pay for access to such messages. Marketers can deliver messages of any length and make them very relevant to the needs of the consumers. 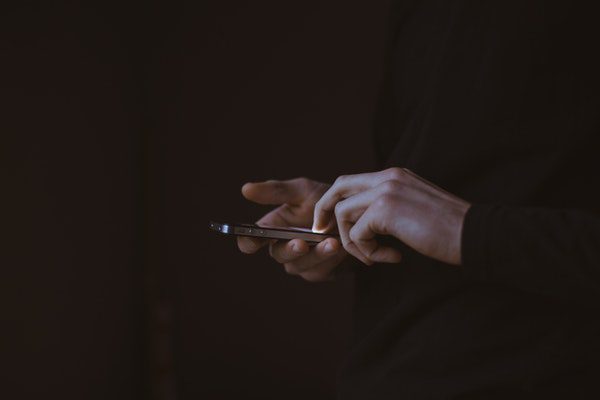 The Telephone Consumer Protection Act of 1991

The question that arises almost instantly is whether ringless voicemail is legal. The law to look at is the Telephone Consumer Protection Act of 1991. The law describes the rules of telephone solicitations and usage of automated equipment to make solicitation phone calls. It explains the rules when it comes to pre-recorded voice messages, text messages and fax machines.

The law prohibits telemarketers from calling residences between the hours of 9 p.m. and 8 a.m. local time. It requires that marketers maintain a do-not-call list to honor the requests of consumers who asked not to call them. It also requires honoring the National Do Not Call Registry, which is a database of phone numbers maintained by the United States federal government. The database was created in 2003 as a part of implementation measures that followed signing into law of the Do-Not-Call Implementation Act of 2003.

Starting with January 1, 2005, telemarketers have up to 31 days to stop calling a phone number once a consumer adds it to the registry. According to the National Do Not Call Registry Data Book for the fiscal year 2016, as of 2016 the registry had over 225 million active registrations.

Ringless voicemail has several features that make it exempt from the Telephone Consumer Protection Act of 1991. According to the Act, for a phone call to happen, the phone needs to ring. This interrupts the recipient from whatever he or she is doing. Then, there are charges associated with the phone call.

With ringless voicemail, just like with regular voicemail, there are no interruptions and no charges. The Federal Trade Commission and the Federal Communication Commission view voicemail as an “enhance information service.” It is not a phone call and because of that, the Telephone Consumer Protection Act of 1991 does not apply to it.

One of the providers of ringless voicemail services has filed a petition for an expedited ruling by the FCC in regards to ringless voicemail and where it stands in relation to the Telephone Consumer Protection Act of 1991. The petition has been pending for over two years. The FCC does not have a specific time frame when it comes to making a decision on a pending petition. It also does not comment on the time frames or pending petitions.

Chuck Schumer is a United States Senator from New York. He is a member of the Democratic Party. Before becoming a senator, Schumer served in the House of Representatives for close to two decades.

During his careers, Schumer has given attention to a number of consumer issues. For example, the box with the summary of the costs of a credit card is known as the Schumer box because Schumer was responsible for the legislation requiring credit card companies to include this information on the back of credit card applications. Schumer has also aggressively pushed for legislation in regards to the ATM fees that banks can charge the consumers.

According to an article published in the Hill on June 26, 2017, Schumer has called on the Federal Communications Commission to prevent marketers from leaving ringless voicemail. The reason for Schumer’s statement was the fact that in just two of New York’s zip codes consumers have received over 50 million calls in a month. According to visual voicemail and robocall blocking provider YouMail, there have been 2.5 billion robocalls made in July of 2017.

The legislation introduced by Schumer describes ringless voicemail as robocalls. It proposes that telephone companies, both the ones that provide landline service and the mobile carriers, make robocall blocking features available to all their customers. Schumer points out that the total number of complaints to the Federal Communications Commission is on the rise. In the fiscal year 2015, the commission received 3,578,711 complaints. In the fiscal year 2016, this number was 5,340,234.

No matter what legislation the government implements, it all has one thing in common: it is aimed at preventing unwanted calls. Whatever happens, you will still be able to use ringless voicemail to communicate with those customers that gave you their permission to do so. This means that ringless voicemail will stay an effective marketing tool for years to come, even if it becomes limited to marketing to existing customers only.