Home › Guest Posts › 5 Technologies That Will Change The World Forever

5 Technologies That Will Change The World Forever

When you think about what’s going to happen in the future, you might be thinking about flying cars, enormous skyscrapers that reach into space, and medicines that can cure pretty much any disease or infection.

However, did you know that tons of those technologies are already in place today? We are already developing the technologies of the future today and some of them are working right now in cities around the world.

For example, no one ever thought that self-driving cars would be a reality until decades from now. However, in cities around the world, companies like Uber are testing out self-driving cars and making them a reality in our daily lives. Who knows what’s going to happen tomorrow, but the below technologies are going to give you an idea of how the world is going to change in the future. 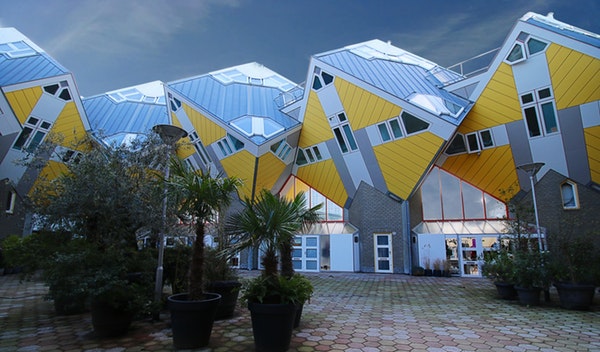 Agriculture is one of the areas of our lives that needs to change if we want to deal with the pressures of population rise and the growing needs of billions of humans. In the next couple of decades, the human population on Earth is going to rise towards 8 billion and 9 billion people.

And all of these people need to be fed.

That’s where vertical artificial farms come into play. Robotics is going to play an even larger part in farming in the future – robots are going to be doing all of the picking, watering, and feeding of plants. This is going to make harvesting food so much more efficient.

On top of that, vertical farms have been shown to use less water and resources than traditional farms on the ground. And even further than that, vertical farms use much less space than horizontal farms, which is important to consider if we want to continue feeding the entire human population.

Artificial Intelligence In All Forms

Of course, when you think about the future, you undoubtedly will think about robots. And that’s pretty self-explanatory.

As we improve robotics and technology in general, we are going to make smarter and smarter machines that can do more of the tasks that we don’t want to do. That artificial intelligence has been shown to be incredible in that respect, but also scary if you think about what kind of intelligence we are creating in machine robots.

One of the most important topics to talk about when it comes to the future and the technologies we will use is transhumanism.

Now, this is the theory advocated by companies like Human Paragon that as we develop more and more technologies that are implemented into our own bodies, we will move past the human stage of evolution. With nanobots in our bloodstream that heals diseases before they happen and wearable technology that makes us stronger, humans will transform into something different.

3D printing is something that we’ve all heard more and more about in recent years. No one thought that this technology would come out so quickly, but it’s definitely going to have a huge impact on the future of our world. When you can easily print some kind of product right from the comfort of your home, this will change everything from the supply chain of companies to our online shopping experiences.

Plus, it’s going to take way less resources than it would normally take to develop the products we use on a daily basis.

Collecting Water From The Atmosphere

However, this can be solved with water collection from the atmosphere.

This is an incredible technology that allows us to recover water and moisture from the atmosphere and use it to account for all of the fresh water we have wasted on Earth.

There you have it! These are the top technologies that are going to change the world for the better in the future. What do you think?